Are you a fan of the Airedale Terrier? Well, all you Airedale lovers now get to choose between the various Airedale Terrier crossbreeds. With its origin in the Aire Valley of Yorkshire, this breed is highly energetic and intelligent and incredibly loves humans.

This post will acquaint you with the top crossbreeds of the Airedale Terrier with different popular dog breeds out there. Read on to enlighten yourself with some of the cute and playful Airedale Terrier mix species.

The Chidale is a crossbreed obtained by breeding an Airedale Terrier with a Chihuahua. Chidales are known to be loyal dogs, protective of their family, and shall bark at strangers if they sense any danger from them. Typically active and affectionate, a Chidale is a playful doggo.

Small in size with upright Chihuahua ears with a small head and an Airedale long body, Chidales have a longer nose and bright, playful eyes. They have a smile that denotes their wisdom and knowledge. They have a mix of quirky and a serious look on their face that may, at times, confuse you.

These mischievous little doggos have a tail thicker than that of their parent Chihuahua breed.

Though not aggressive, these loyal dogs will bark at strangers if they feel any danger from them. They have a lovely personality that makes them a great addition to the family. Humans, young or old, even toddlers, love being around these adorable little ones. However, these may get easily bored, and so you must take care of their daily dose of exercise. 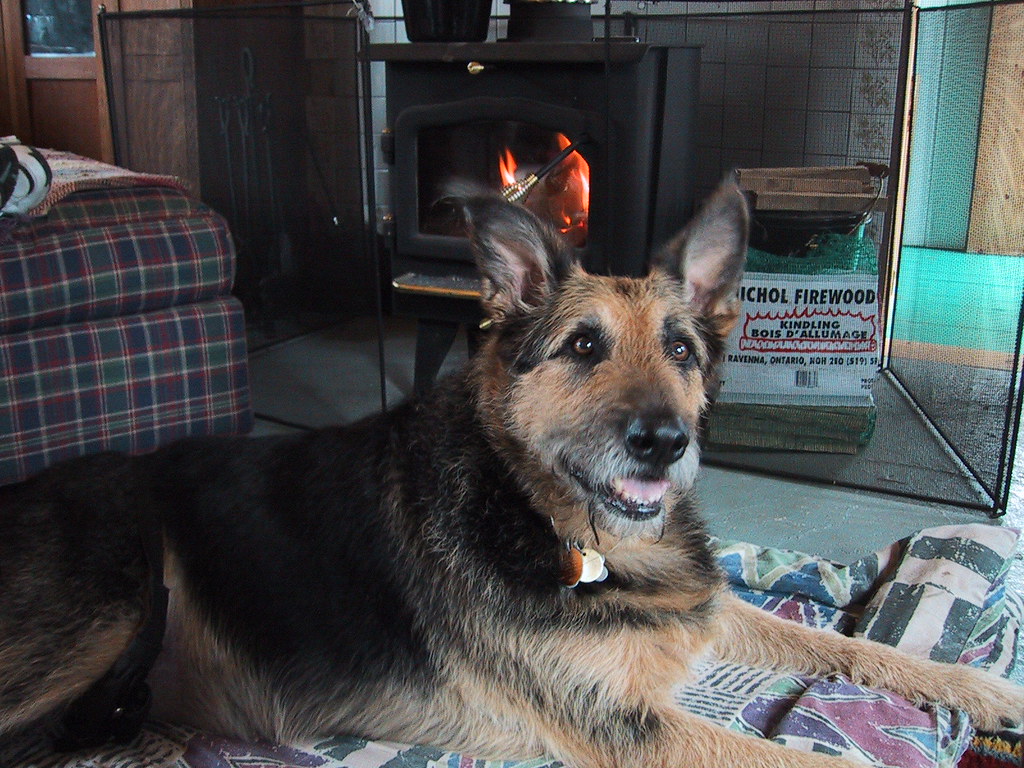 The Airedale Shepherd looks like both their parents to a great extent. They resemble the muscular build of the GSD. The Airedale terrier parent breed comes with a long hair coat in different colors of tan, brown, or black. The crossbreed of the Airedale Shepherd resembles most of the traits of the dominant parent.

Airedale Shepherds are people pleasers and have intelligent brains. They pick up training quickly and are social animals. They like being around other animals and kids. Airedale Shepherds are curious and obedient by nature. They remain typically alert at all times and hence, make excellent watchdogs.

With good training and early socialization, they tend to make good fits for companion dogs. Like their parents, these dogs are adventure-loving, bold, and playful. 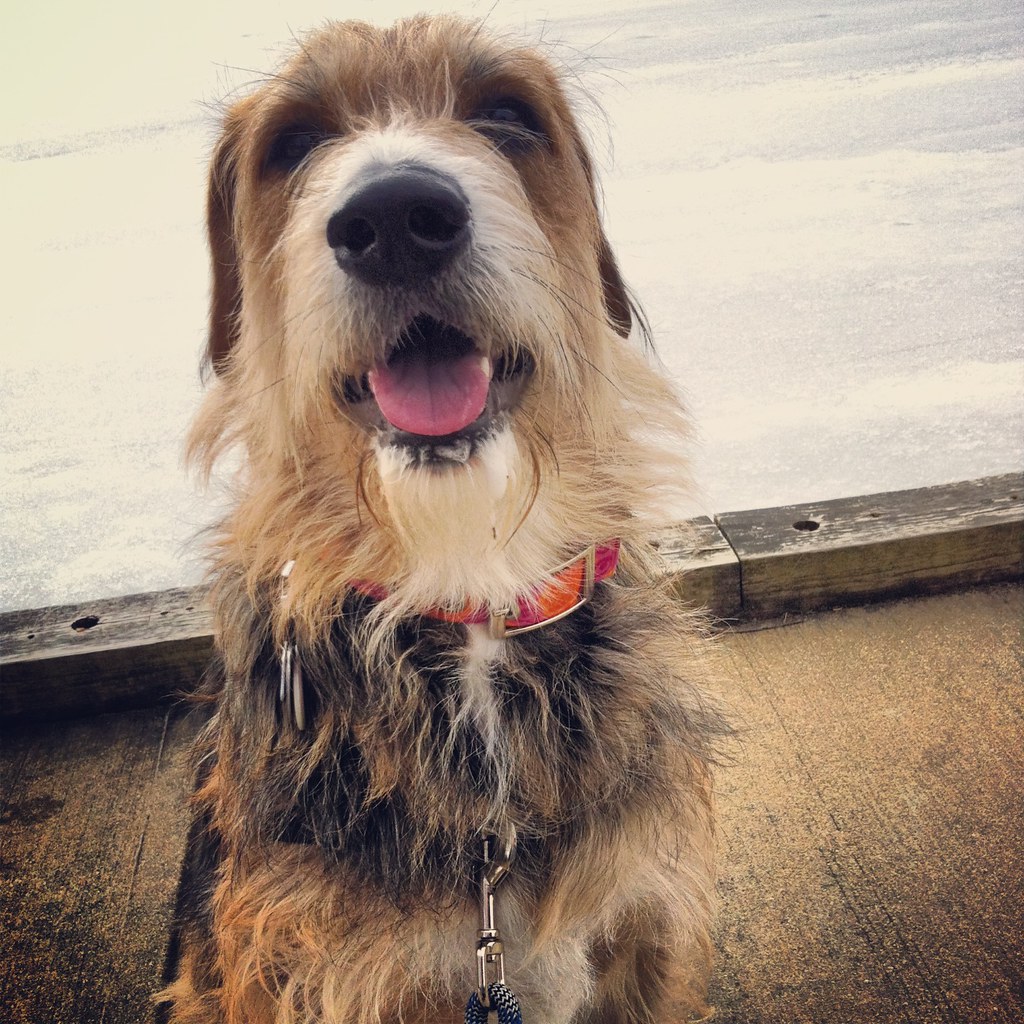 The Goldendale is a mix-breed obtained by crossbreeding an Airedale Terrier with a Golden Retriever. These mix-breeds come out to be spunky and endearing, combining the character traits of both their parent breeds. They may develop soft and smooth fur like the Retriever or short hair like an Airedale.

Goldendale’s grow up to be dogs with a muscular build and long limbs. They have a square muzzle and a small skull. Their long neck makes them look elegantly tall with their rectangle-shaped body. A Goldendale has an upright furry tail.

These dogs typically have shaggy yet short hair and a wiry coat. Their double coats keep them warm during the winter and help in quick drying after a swim.

A Goldendale turns out to be both tolerant and boisterous, combining the traits from their parents. An owner who has prior dog-maintaining experience can manage to take proper care of a Goldendale. These dogs are highly adventurous and have hunting instincts like their parent Airedale.

However, these dogs are not good around other pets in the house for their hunting instincts. Therefore, you must be at your patience levels to grow a classic-featured dog like the Goldendale.

The Lab’Aire is a mixed breed obtained by combining the breeds of Airedale Terrier and Labrador Retriever. The Airedales being the largest Terriers, the resultant Lab’Aire comes out as a large dog.

The Lab’Aire is a heavy-build dog with utmost strength and muscles. With a broad, flat skull and distinct strong jaws, they have almond-shaped eyes that seem to have a shiny glare at all times. Their ears are slightly flopped and stand upright.

These hybrids have a broader chest and a dense coat of short hair. Nevertheless, these breeds tend to display the traits of their parent breed with the dominant gene.

Lab’Aires are cheerful, confident dogs you’ll absolutely love to play around with them. These are loyal dogs that love to be around their family. If their dominant parent gene is that of the parent Airedale, these dogs may turn out to be more independent and sometimes even dominant.

However, the Lab’Aire should not be left alone with kids because although their parent breed Labrador Retriever is great with kids, the Airedale Terrier isn’t. So, make sure you are more careful here.

The Airedoodle is a hybrid dog obtained by crossbreeding an Airedale Terrier with a Poodle. These mix-breeds grow up to be large-sized dogs with furry and curled coats with a long snout. Their floppy ears give them an adorably humorous look to their appearance.

The Airedale Poodles have short, wiry hair coats with low shedding and make a great fit as hypo-allergenic dogs. A regular maintenance regimen with weekly brushings would keep these dogs properly groomed almost all times. They have an adorable teddy-like look on their face with curious round eyes.

The Airedoodles are friendly-natured, fun dogs who love adventures and are energetic. They are friendly around other pets and have a curious nature to them. These adorable puppies are intelligent family dogs who enjoy daily tricks and exercise sessions as they bring attention and treats to them.

They have their crafty ways to convey their message to you and learn quickly in their training sessions. While these dogs enjoy walking with their owner, they love being around their family as well.

A Schnairedale is obtained by crossbreeding an Airedale Terrier with a Schnauzer. Both these parent breeds are large dogs weighing around 55-110 lbs or 40-65 lbs. A combination of these two breeds is an interesting mix.

The appearance of these crossbreeds cannot be expected to be particular to one breed. They would gain the traits from both their parents, which makes them uniquely adorable and challenging at the same time.

Typically, a Schnairedale looks like its parent Schnauzer with ginger or red highlights. They also take their eyebrows and the charming beard from their parent Schnauzer.

Schnairedales are playful-natured affectionate dogs that are fun to be around with. These dogs have strong willpower, and thus, they do not make an excellent fit for first-time dog owners. They need proper training to tame their destructive and rebellious side.

The Sealydale Terrier is a crossbreed obtained by mating an Airedale Terrier with a Sealyham Terrier. These designer hybrid dogs aren’t purebred but are mostly the off-springs of multi-generational parent breeds.

The Sealydale Terrier is a medium-sized dog that combines the character traits of both their parent breeds. They come with a long muzzle and get their neck from their parents. They might not seem apparently pretty to look at, but they are dogs with a muscular build. Their ears display pendulous features, and they have a quirky tail.

With traits inherited from both their parent breeds, the Sealydale Terrier is a tenacious, sharp, and aggressive dog when they wish to be. They tend to get rowdy at times and even over-excited for no particular reason.

However, these crossbreed dogs are also incredibly kind and loving towards their family and highly protective. Thus, they make excellent watchdogs for the same reason. But they are not to be left alone with kids as these dogs do not have excellent tolerance.

The mixed breed of the Airedale Terrier and the Irish Wolfhound gives you a sizeable, unique designer dog. The crossbred dogs have unique personalities and different looks, pulling in traits from their parent breed dogs.

Physically, these mixed breeds take after the Irish Wolfhound parent breed more. However, they get their long hair coats from their Airedale Terrier counterpart. That means you must be ready to vacuum as these dogs will shed a lot, especially in the shedding season.

These are also gentle family dogs and, if trained well, can turn out to be great with kids and other animals as well.

Another unique mix breed of the Airedale Terrier is one obtained by breeding them with Pitbulls. Both being large dogs, their crossbreed typically turns out to be medium-sized dogs, taking the highs of both their parent breeds.

The Airedale and Pitty mix breed come out to have a dense short-haired coat which can also be wavy for some of them. They may take the muscular physical appearance from their Pitbull parent breed while the hairy traits from the Airedale counterpart.

Little is known about the temperament of these dogs. Their traits can differ according to their parent-build. Typically, these crossbreeds are brave dogs who are loyal, intelligent, stubborn, and friendly-natured. They are good companion dogs and like being with their family, and are highly protective.

These dogs are affectionate and social dogs to be incredibly fun to be around.

See Also: 45 of the Most Adorable Pitbull Mix Breeds

These doggos make fantastic additions to the family for innumerable reasons, and you should get one soon!